The Reality of Minimum Wage

Lending and Borrowing Against Gold

Kevin C. Drost, Partner at Owings Metals recently sat down with Success Council to discuss a problem many of us have: How To Cash Flow From Our Precious Metals.

While precious metals investing is a cornerstone of many Members' investment strategy, the problem remains that until it is time to cash out of precious metals, they just sit there.  Mr. Drost offers a unique solution, that we have not found elsewhere.


He lends cash against precious metals.

1) From the borrower's perspective - you can now cash flow from metals by using your metals to secure a loan and buy a cash flow property; and

2) From the lender's perspective (if you were interested in lending money) you can take the bank's offer of .05% interest, and throw it where it belongs… in the trash!  Because now you have the opportunity to make a much higher return on your hard-earned cash.

This video is guaranteed to get your wheels turning about how you can make money on cash that is otherwise sitting in the bank.  At risk.  With no reward.

To watch the rest of this video, (and much, much more) become a Success Council Member right now.


Last October, we spoke to Trace Mayer, and he pointed us towards Bitcoin, when it was around $12 per Btc. That interview was available exclusively to Success Council Members, and launched the Success Council on an amazing journey into the fun and profitable world of Bitcoin.

Today we catch up with Trace again and check the pulse of one of the most exciting markets in the world today.

The future is very bright for Bitcoin and especially Bitcoin entrepreneurs.

Business ventures in this space are facing a huge tail wind, and may wind up to be the most successful of our time.

We reveal the entire interview, including what is in store for Bitcoin, in our Member's Only Area.

McAlvany On Cyrpus, Gold and Collectivism

David McAlvany, from McAlvany Financial Group discusses the effects the Cypriot Bail-In had on gold, and the paradigm shift coming from collectivism to the individual.  His perspective helps us understand exactly what happened to the worldwide physical precious metals markets after the Cyprus bail-in.

These events are significant and it is imperative you understand the gravity of them. The Cyprus bail-in was just a cough… but lets be clear: the patient, (i.e. the worldwide financial system) has a terminal case of Pneumonia.   It will collapse. When the system coughs, the whole world holds their breath to see if this is the one that wakes up the masses to the realization that it has a very short time to live.

During this time, like in the 2008 GFC we get some clues as to what the collapse will look like.

What do we see?


The United States has begun their attack on crypto currencies, and it is no surprise.

If you understand the Federal Reserve, or banking system at all, you know why governments depend on inflating their currencies to pay off debts they create. If you would like to learn the basics of this system, watch our online webinar, which undeniably proves this relationship.

Crypto-currencies, like Bitcoin, offer a way for the citizenry to opt out of government-created inflation. So, of course governments will not like everyone using Bitcoin. It takes away their ability to steal wealth through inflation. However, the more they fight against Bitcoin, the more the government stands to wake up the masses, and the more mainstream Bitcoin will become.

Government regulation and prosecution is also one of the factors which may effect Bitcoin’s price or adoption curve. But, as usual, the government is sprinting to catch up with technology, which is common to most areas of law: slow to adapt.
Because governments will likely see Bitcoin (or other crypto-currencies) as a threat, it is safe to say they will demonize it, and use words like “drug-dealer,” “terrorists” or other charged language in an attempt to garner popular support against it. At least, this was my prediction six months ago, when I was writing my book: Bitcoin Revolution: Ending Tyranny For Fun and Profit.

So, lets take a brief look at whats happened since then:

March 18, 2013: [“It’s not really currency, but we still want to know about it.”]
US Treasury’s Financial Crimes Enforcement Network published a report on guidelines about how to treat “virtual currencies” like Bitcoin. You can read the full report here. http://fincen.gov/statutes_regs/guidance/html/FIN-2013-G001.html?utm_source=dlvr.it&utm_medium=twitter. Basically, the US just said that money-laundering and record-keeping laws apply to people who “create” and “exchange” virtual currencies like Bitcoin. Showing that they may not completely understand the Crypto-Currency, the “creator” of Bitcoin is unknown, and Bitcoins merely come into existence by mining activity. So those who “create” Bitcoins… I guess that is up for debate.

April 25, 2013: [“We shut down your bank accounts and won’t tell you why.”]
At least two Canadian Bitcoin exchanges reported that their businesses have been disabled because Canadian banks simply shut down their accounts without citing any valid sources or authority.

May 14, 2013: [Homeland Secuirty Shuts Down Dwolla Account For Account Owner’s Failure To Tick a Box. Sounds Fair. <Insert Sarcasm>.]
US Department of Homeland Security froze bank accounts of a Dwolla and Mt. Gox user.  Dwolla is an American-based medium to move money, and Mt. Gox is a Bitcoin exchange.  The account owner allegedly failed to check a box in his bank account application which indicated that he would be transmitting money.  He then, according to an agent's affidavit, moved US dollars to Bitcoin and back.  His account was seized based on an agent's affidavit.  You can read that affidavit here.    These types of pre-trial seizures are a common way for the US government to destroy a business or individual without the required level of a finding of guilt “beyond a reasonable doubt” at trial, which law mandates. News on the prosecution has been light since the pre-trial seizure. However, the official court documents, which were recently (May 29, 2013) made public, reveal the reason for the entire seizure, and subsequent prosecution was because the account owner forgot to tick the right box two years ago when he opened his bank account. There will be more news on this story, I’m sure…

May 29, 2013: [Feds Save World From Online Drug Dealers Using Unconstitutional Patriot Act.]
US Feds shut down Costa-Rican based “Liberty Reserve,” another crypt-currency citing the “Patriot Act” for support. The complaint issued by the prosecutors basically said that Liberty Reserve targeted mostly illegal activities (drug dealing, money laundering, computer hacking, etc.) Five individuals have been arrested, including Liberty Reserve’s CEO, who had renounced his US Citizenship in 2011. Why did they go after Liberty Reserve and not Bitcoin? Liberty Reserve was centralized: it had a CEO, servers, and domains. Bitcoin does not.

Good News?
Recently, Canada has indicated that it will not treat Bitcoin as “funds,” therefore, it will not be regulated, and subject to anti-money laundering laws.

So that is a quick update on what  governments are doing to regulate, prosecute, and destroy crytpo-currencies.
But here is the interesting thing, since the long overdue bubble pop, of April 10, the price of Bitcoin has steadily increased despite these attacks from government. It will be interesting to see if the government finally does manage to hurt Bitcoins growth.

Stay tuned, because it is our belief there will be more villianization of Bitcoin users to come… and more price increases of Bitcoin.

You may have already heard, but last week, Cyprus bank accounts came under direct attack by the leaders of the International Monetary Fund (IMF) and the European Central Bank (ECB).  Money of private Cypriot citizens will be stolen to pay the debts of banksters who made bad investment decisions.

Cypriot banks are in the same trouble as the rest of the world's banks:  they made bad loans which are now upside down.  But instead of giving Cypriot banks the same free hand-outs as US, Spanish, Greek, and Italian banks got….

1) Vote to approve a wealth tax on all bank accounts; or

The exact percentage of the "wealth tax" has not yet been settled, and ALL CYPRUS BANKS remain closed for the time being.

This means, that no one can get their hands on their own hard-earned money.

Just wait for news of a bank run as soon as the banks re-open.  Rumor abound that the tax will be between 10-40% depending on the amount of money in your account.  The more you have, of course, the higher the tax.

As an interesting twist on this set of events, Russian money accounts for approximately 25% of all the money in the banking system of Cyprus.  And Russian President Vladamir Putin came out against the tax calling it, "unfair, unprofessional, and dangerous."

Russian companies and individuals have approximately $31 Billion of deposits in Cyprus, according to Moody's.

That being the case, some Russian banks and investors have offered to cover the losses in exchange for Cypriot offshore gas rights.   So far, Cyprus has rejected Russian assistance, but who knows what is to come as anyone with a bank account in
Cyprus awaits their own robbery.

What's far worse is the message that this "wealth tax" sends.  It says loud and clear:  "Your Money Is NOT SAFE in bank accounts!"

But what's also important to note, is just because your government is not levying a "wealth tax" directly against your bank account, they are doing the exact same thing when they turn on the printing presses, and over-print your money into worthlessness.

Cypress is just a flagrant example.  The real criminals are the Central Banks and Federal Reserve who take your money "secretly" through inflation.  You need to protect yourself with real assets before they come after your accounts directly.   Get on board right now.

Before Its Too Late,
Jarrod Dennis

I am so excited about 2013, and I am writing to tell you why, and what I see coming in the very near future. If you have already invested in Gold and Silver, congratulations! You have taken one of (many) the first steps to putting yourself on the right side of the Great Wealth Transfer. Recently, the mainstream media has globbed onto a few hopeful words from the Fed that QE3 would wind down this year. That caused gold prices to drop slightly at the end of last week. 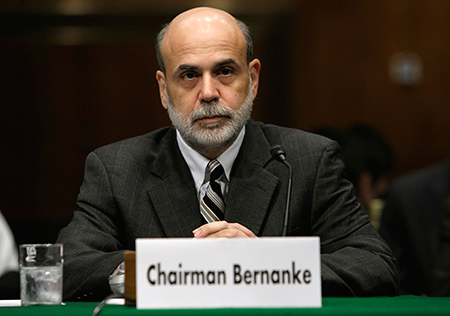 And part of being a member of Success Council, includes knowing what is going on when your gold prices fluctuates. I remember when I started investing in precious metals, I watched the prices daily to see how much money I "made" or "lost" that day. And it drove me crazy. So I decided to write this post to let you know exactly what I think is in store for 2013 (and I am still incredibly Bullish about Gold and Silver).

More Lessons to learn from Greece.

The global econonmic crisis is spreading through the EU.  This video draws on the current economic crisis in Greece to show why Success Council is so important.  Read the press release here.


Now that you know Why Success Council was created. Lets look at how we will achieve our goals.


Lessons to learn from Greece.

This clip is a compilation of just how the average Greek has been affected. This is the cost to society of letting your government go too deep into debt. There is no exact figure of when it will happen but once the market loses faith in the government's ability to pay the debt back. The country is ruined.